Xiaomi Redmi Note 12 Pro + global version will be released on January 5 next year: equipped with a 200-megapixel camera 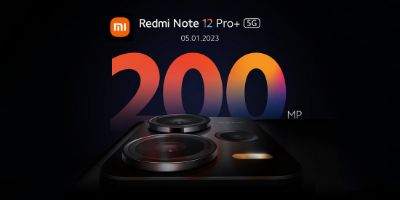 On December 12, Xiaomi Redmi officially announced that the global launch of the Redmi Note 12 Pro + will be held on January 5 next year. This is the first Redmi phone to have a 200MP (200 Megapixels) camera.

The Redmi Note 12 Pro, Note 12 Pro+ and Note 12 Discovery are smartphones powered by the Dimensity 1080 chip, but differ in camera, battery and memory, with the Discovery version featuring a 200MP main camera and 210W wired charging.

The Redmi Note 12 standard version is powered by the Snapdragon 4 Gen 1 processor, equipped with a 48MP main camera and a slower 33W fast charge.