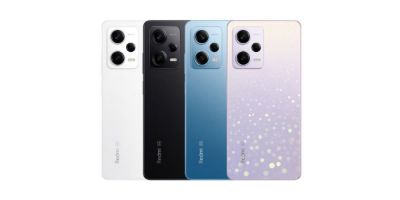 The Redmi Note 12 Pro 5G National Bank version has been on the market before, using a 6.67-inch Full HD+ resolution AMOLED display. The screen has flat edges and a centered punch hole. It also offers a peak brightness of 900 nits.

The Redmi Note 12 Pro 5G is powered by the MediaTek Dimensity 1080 chip and is powered by a 5000mAh battery that supports 67W fast charging. The device also runs MIUI 13 based on Android 12.