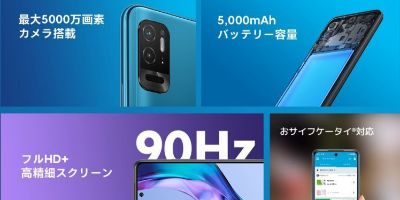 Xiaomi has launched a new smartphone under the Redmi brand in Japan, the Redmi Note 10T 5G, which bears the same name as the model launched in India last year, but the two models are not the same.

The Redmi Note 10T 5G Japan version is powered by a Qualcomm Snapdragon 480 processor instead of a MediaTek processor, and the design is also different.

The Redmi Note 10T Japan version comes in three colors and comes with a 6.5-inch IPS LCD screen that supports a 90Hz refresh rate and 2400 x 1080 resolution. The device features a centered punch-hole design and is protected by Corning's third-generation Gorilla Glass. The rear has a 50MP main camera and a 2MP depth-of-field lens.