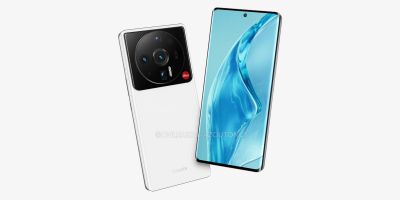 On June 7, @ OnLeaks released a high-definition rendering of the Mi 12 Ultra yesterday, including a 360-degree look. Let's take a look.

According to the exposed rendering, the XiaoMi 12 Ultra is equipped with a large rear circular camera module consisting of several small lenses and sensors, and Leica's iconic Coke logo can be seen in the corner. According to the source, it has seven openings, and the rear camera is equipped with 50 MP main camera, 48 MP wide-angle lens, 48 MP periscope lens and so on.

In the rendering, the front-facing camera has a center-punched style, known as 20 MP, with unprecedented zoom quality, which can be used to click self-portraits.

The Mi 12 Ultra is reported to cost about $1,350. Last month, Xiaomi announced a global image strategic cooperation with Leica, which combines century-old legendary images with innovative technology to open a new era of mobile images! The first product will be released in July, and it is expected to be the Mi 12 Ultra.