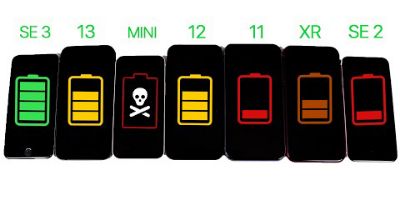 April 4 news, Apple's 2022 iPhone SE design has almost no major changes. Compared with the previous generation, the A15 chip is mainly replaced, and the battery capacity is slightly increased.

Existing netizens have found that although the new phone is based on the same A15 bionic processor, the iPhone 13 mini has a longer battery life than Apple's iPhone SE, which uses a large battery as a selling point.

Butch said the apps on the 2022 iPhone SE are affecting battery life. But in general, the battery capacity of these devices is inherently different, which is the main reason.