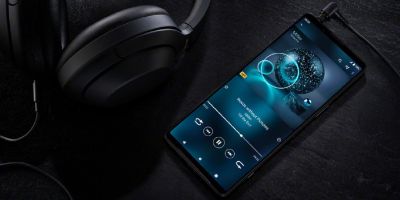 News on May 11, today, Sony held a global conference and released two new machines, Xperia 1 IV and Xperia 10 IV, of which the flagship model Sony Xperia 1 IV is priced at 1,400 euros (about 9,926 yuan) in Europe. In the beginning of delivery in June.

Sony has released a new flagship phone, the Xperia 1 IV, which is powered by the Snapdragon 8 Gen 1 processor and claims to have a true optical zoom lens.

This camera upgrade is a highlight of the Sony Xperia 1 IV, and the three cameras on the back of the machine all stick to 12-megapixel resolution. The main camera uses a 1/1.7-inch sensor and supports OIS optical image stabilization. The ultra-wide-angle camera is a 1/2.5-inch sensor that supports autofocus. The periscope telephoto camera is a 1/3.5-inch sensor that also supports OIS and autofocus. In addition, the new phone still retains Sony's traditional two-stage shutter physical button, which is located on the side of the fuselage.

It's worth mentioning that Sony introduced a telephoto camera with variable focal length in last year's Xperia III, but it can only switch between 70mm and 105mm focal lengths. Thanks to a revolutionary new design, the Sony Xperia The 1 IV telephoto camera offers continuous optical zoom, and the new zoom range is expanded to 85mm to 125mm, giving it a 3.5-5x optical zoom range.

All three cameras share some of the same features, including 4K video capture at 120 frames per second, and all offer optical image stabilization with FlawlessEye, eye autofocus, and real-time object tracking and autofocus. All cameras are able to take advantage of image stacking to expand dynamic range, as well as 20 fps burst shooting with autofocus/AE and HDR enabled. An RGB infrared sensor on the back feeds the AI ??algorithm that controls the camera's white balance, and there's a 3D ToF sensor.

The Sony Xperia 1 IV still uses the same 6.5-inch 4K AMOLED display as the previous generation, the familiar 21:9 screen ratio, supports 120Hz refresh rate, 240Hz touch sampling rate, and has also made some upgrades, such as the screen brightness has been increased by 50%. %.

In terms of core configuration, the Sony Xperia 1 IV uses the Snapdragon 8 Gen 1 flagship processor, supplemented by Adreno 730 GPU, and has two versions of 12+256GB and 12+512GB, but it can be expanded through the microSD slot, which is in the high-end It is very rare on mobile phones. The phone runs pure Android 12.

This year Sony has increased the battery capacity of the Xperia 1 IV by 500mAh, for a total capacity of 5,000mAh. The phone supports 30W fast charging, which can be charged to 50% in half an hour, and supports Qi protocol wireless charging. It is worth mentioning that the new phone will not come with a charger. Sony said that this is for environmental protection and will make the retail box smaller. Sony also said that the box does not contain any plastic. Overall, this reduces CO2 emissions by 36%.

Additionally, the Sony Xperia 1 IV has a 3.5mm headphone jack, which is also a rarity among flagships. Also, the drivers for the front-facing stereo speakers have been improved, with only a 10% increase in maximum volume, but overall the sound is much better as they add 20-50% more bass. For wireless audio, the phone is one of the first phones to support the new Bluetooth LE Audio technology, which supports LDAC Bluetooth audio transmission.

The Sony Xperia 1 IV features Gorilla Glass Victus on the front and back, and is available in black, silver, and purple. Another change is that Sony has used a matte finish for this generation of products, supporting IPX5 / IPX8 water resistance and IP6X dust resistance.