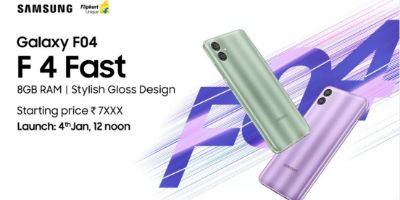 On January 2, according to 91mobiles, Samsung confirmed that the Galaxy F04 will be released in India on January 4, 2023. According to the news, the Samsung Galaxy F04 is expected to be priced at INR 7,499, equipped with 8GB of memory (possibly including virtual memory), and will also be available in purple and green colors.

The Samsung Galaxy F04 is currently confirmed to be equipped with a 6.5-inch HD+ display with a water drop screen design.