Samsung Galaxy A73 appeared on Geekbench: equipped with Snapdragon 778G 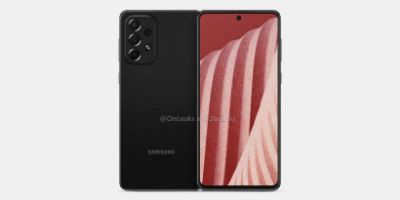 According to news on March 9, the Samsung Galaxy A73 5G has been exposed many times, and now the machine has appeared on the Geekbench benchmark website, and the relevant hardware information has been confirmed.

In addition, the phone will come with at least 8GB of RAM, though Samsung is likely to offer a 6GB version for the Galaxy A73 5G as well, with Android 12 pre-installed, likely One UI 4.1.

Previous revelations showed that the Galaxy A73 5G uses a 6.7-inch FHD+ Super AMOLED screen that supports a 120Hz refresh rate. The upgraded quad-camera features a 108-megapixel main camera, supplemented by a 12-megapixel ultra-wide-angle lens, an 8-megapixel telephoto lens, and a 2-megapixel macro lens. A 5000mAh battery is built in, and it may support 25W fast charging.

While the Galaxy A73 5G doesn't have an exact launch date right now, it may launch in several markets soon, including Asia, Europe, and the Middle East. It is understood that Samsung will also launch entry-level models Galaxy A23, A33 and A53 this year.