Samsung Galaxy A53 real machine exposure: with a lens design integrated with the back cover, it is reported that it will be available at the end of March 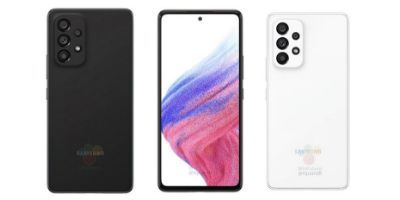 It was reported on March 6 that the new Samsung Galaxy A53 has passed the certification of the Ministry of Industry and Information Technology, and the renderings have also been exposed, with black and white colors.

Recently, the real machine known as the Samsung Galaxy A53 appeared on the trading website KupujemProdajem with a price of 349 euros and revealed that it will be listed at the end of March.

As can be seen from the real machine picture, this white model uses four rear cameras, and the front center hole-digging lens. It can also be clearly seen from the picture that the lens module adopts the same arc transition as the OPPO Find X3 series.

In terms of cameras, the phone uses a rear four-camera specification, and the main camera is expected to be 64MP pixels, in addition to a 12MP ultra-wide-angle lens and two 5MP lenses.