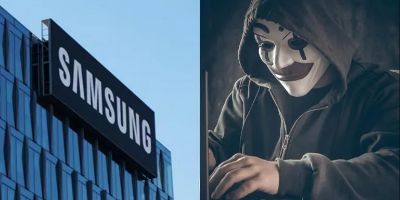 On March 7th, according to vx-underground, a website that specializes in collecting malware samples, the hacker group LAPSUS$ that attacked Nvidia has attacked Samsung again, and released part of the 190GB source code information stolen from Samsung servers.

Today, Samsung issued a statement to the media SamMobile:

We were recently made aware that there was a security breach relating to certain internal company data. Immediately after discovering the incident, we strengthened our security system. According to our initial analysis, the breach involves some source codes relating to the operation of Galaxy devices but does not include the personal information of our consumers or employees. Currently, we do not anticipate any impact to our business or customers. We have implemented measures to prevent further such incidents and will continue to serve our customers without disruption.

The hacking group has publicly released 190 GB of data, but Samsung has also not confirmed how much data was stolen in total. In addition, the vulnerability contains a lot of information about how Samsung protects its devices, so despite Samsung's official promise that personal information has not been leaked, it is best for IT home friends to change the password related to Samsung services and enable two-factor authentication.

As previously reported, the hacker group has not mentioned a ransom for the time being, nor has it indicated any type of communication with Samsung. The hacker group obtained source code for trusted applets installed in Samsung TrustZone environments, algorithms for biometric unlocking operations, bootloader source code for the latest Samsung devices, Qualcomm's confidential source code, and more.