Samsung announces Galaxy A33, A53 and A73, will support upgrade to Android 16 in the future

According to news on March 18, Samsung has now launched three new mid-range smartphones: Galaxy A33 5G, Galaxy A53 5G and Galaxy A73 5G. There is no charger or headset in the box, and the situation of the National Bank is unknown. 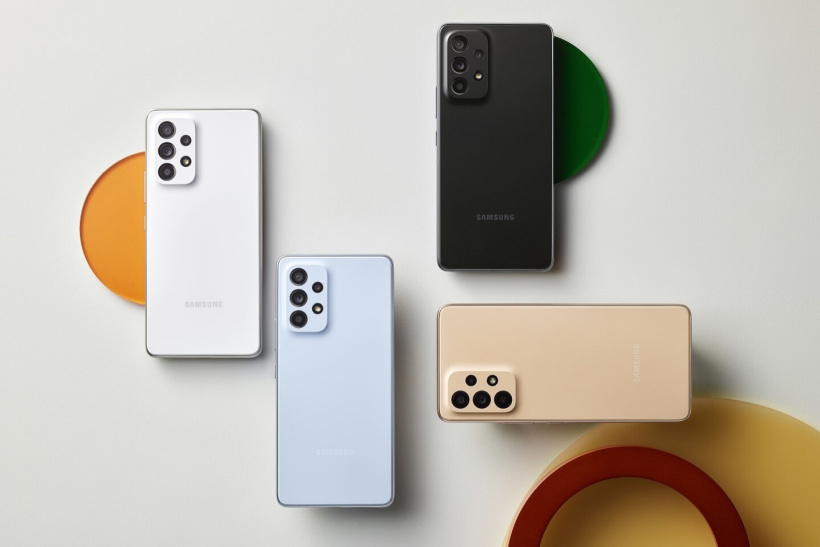 The Samsung Galaxy A73 5G is equipped with a 6.7-inch Super AMOLED+ Infinity-O screen with a refresh rate of 120Hz, a body size of 76.1 x 163.7 x 7.6 mm, a weight of 181 grams, and supports IP67 water and dust resistance. The appearance is not much larger than the previous generation. Change.

In terms of imaging, it uses Samsung's own 108MP main camera, which is an improvement over the Galaxy A72's 8MP 3x zoom lens, as well as a 12MP ultra-wide-angle lens, 5MP depth sensor and 5MP wide-angle sensor, and a front 32MP lens.

In other respects, the machine has a built-in 5,000mAh battery, supports 25W fast charging, and is pre-installed with Android 12 and One UI 4.1 systems. It will receive four years of major version upgrades of the Android operating system and five years of security updates. Available in some markets. 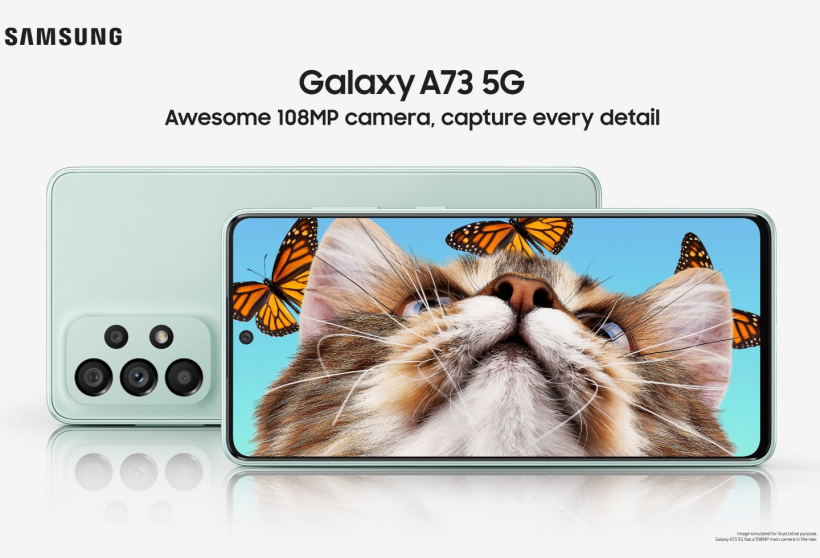 In terms of performance, the Samsung Galaxy A53 5G uses the Samsung Exynos1280 processor, built with a 5nm process, and the phone also supports the RAM Plus function, which can expand up to 8GB of virtual running memory.

Compared with the Galaxy A52 5G, the upgrade of the machine lies in the 5nm Exynos 1280 chip, which has an 18% increase in CPU multi-core performance and a 43% increase in GPU performance.

The machine is equipped with 6/8GB RAM and 128/256GB storage space, supports microSD card expansion, and does not have a 3.5mm headphone jack.

In terms of imaging, the machine is equipped with a 12MP ultra-wide-angle lens, a 6MP OIS wide-angle lens, a 5MP depth-of-field and a 5MP macro lens, a front-facing 32MP camera, and Samsung has made improvements to the AI ??camera to improve low-light photography, and the improved night mode can now be combined in one pass Up to 12 images for better night shots.

The machine has a built-in 5,000mAh battery, supports 25W fast charging, and is pre-installed with One UI 4.1 and Android 12. Samsung confirmed that the Galaxy A53 5G will receive four years of Android operating system upgrades and five years of security updates. Listed on selected markets. 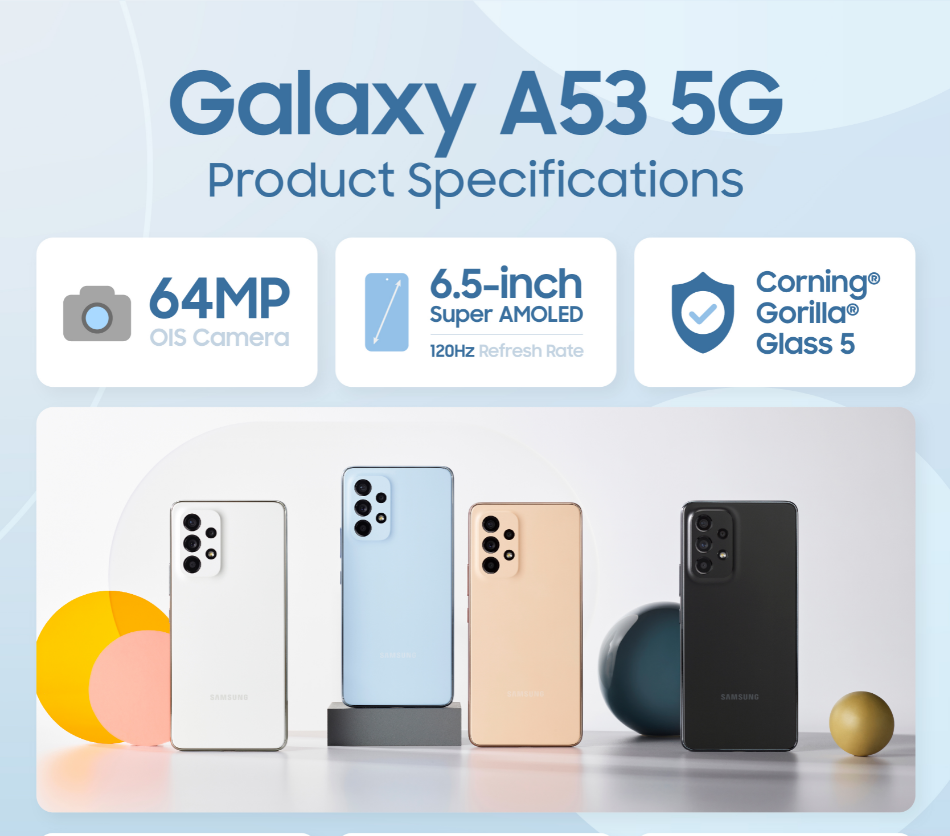 But the phone has been greatly upgraded, and it can even be said that the Galaxy A33 is a completely different phone from the previous model, with features such as IP67 water resistance, fast charging, and a good chip and 90Hz display.

Samsung uses its latest 5nm Exynos 1280 chip in the Galaxy A33, so it's exactly the same as the Galaxy A53 in terms of performance. 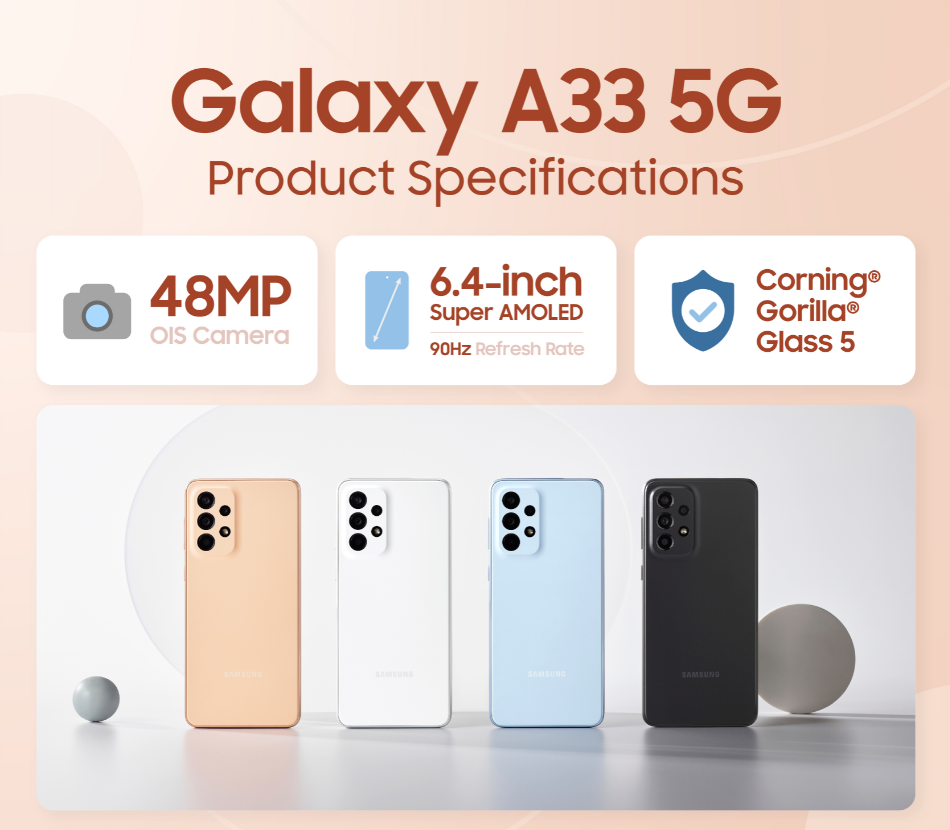