According to news on March 14, the Redmi K50 flagship series conference will be held at 19:00 on March 17. In today's warm-up, the official confirmed that the new machine uses Samsung's "2K direct screen". 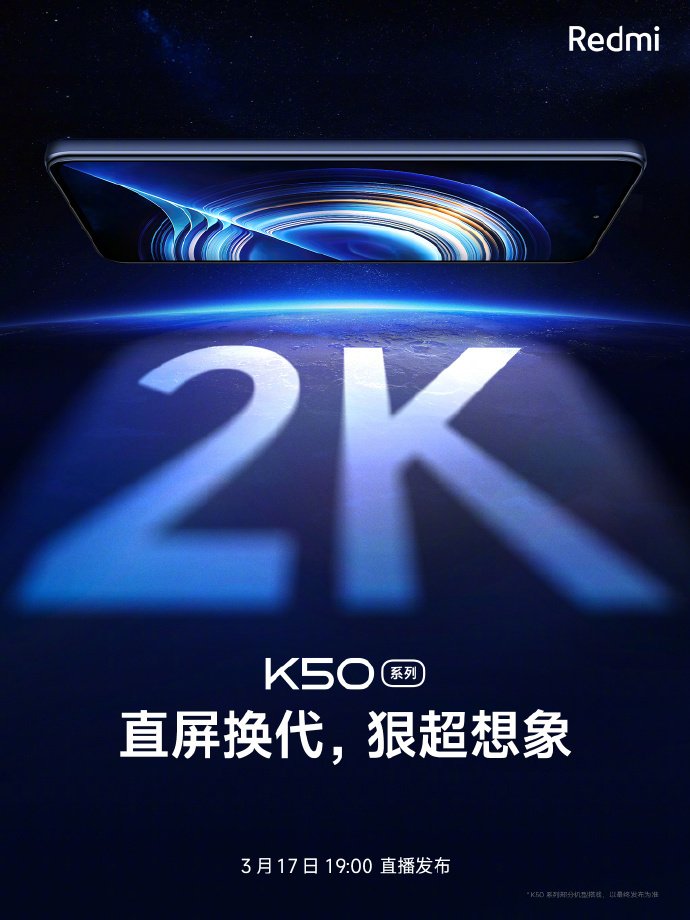 Officially, the Redmi K50 series has a screen pixel density of 526ppi, "several advanced adjustments, the most expensive in Redmi history".

According to the official preheating, the Redmi K50 series is equipped with stereo dual speakers, supports Dolby Atmos, and has passed the Hi-Res double gold certification. Using a new nano-crystal process, it is equipped with dual-frequency GPS, NFC, infrared remote control, X-axis motor, and will be the first in the industry to support the new generation of "Bluetooth 5.3", as well as the new LC3 audio codec. Support 160MHz WiFi, new isolation design of Bluetooth and WiFi, do not interfere with each other.

According to previous information, the Redmi K50 series has three models: Redmi K50, Redmi K50 Pro, and Redmi K50 Pro+, which are equipped with Snapdragon 870, Dimensity 8100, and Dimensity 9000 chips respectively. However, according to digital blogger @Digital Chat Station previously revealed that the final name of the Dimensity 9000 model is not K50 Pro+.