It's all Sony! Mi Redmi K50 e-sports version image camera uses IMX686 on the rear and IMX596 on the front. Nokia G21 released: with 90Hz LCD screen, battery life up to three days

According to officials, the Redmi K50 e-sports version uses a 120W fairy second charge + 4700mAh high power, which takes only 17 minutes to fully charge. There is also a more powerful "air refueling" technology. At present, the official has not explained what this technology is.

It is worth mentioning that the official poster shows that the Redmi K50 e-sports version adopts a horizontal charging method, which is convenient for users to hold the phone more comfortably while charging while playing. 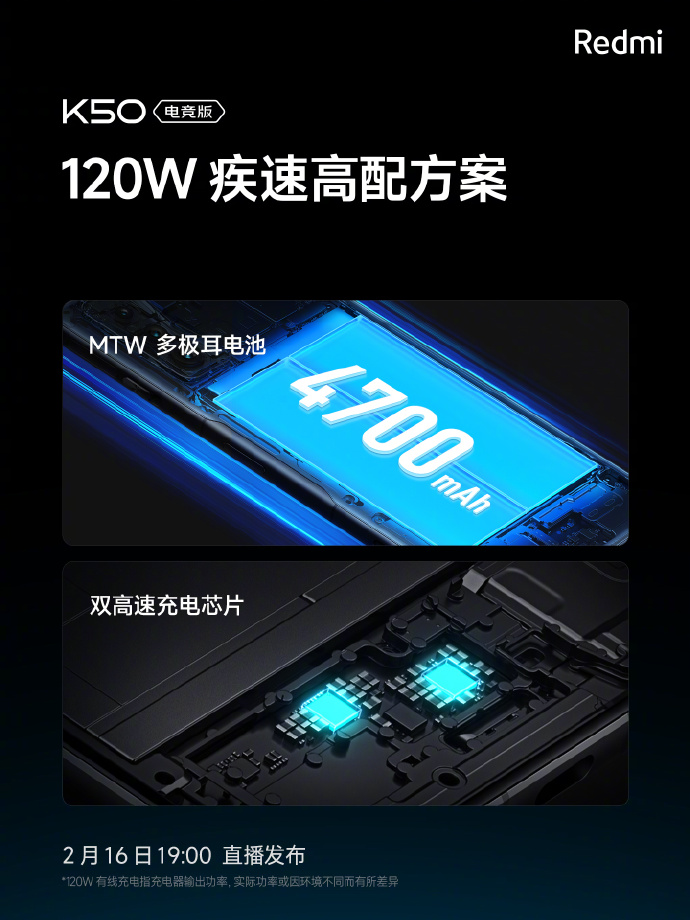 According to the official preheating, the Redmi K50 e-sports version is equipped with the Snapdragon 8 Gen 1 processor, and the world's first launch is equipped with the CyberEngine ultra-wideband motor. A set of exclusive gaming antennas are arranged on the side of the fuselage, leaving a large clearance area for the horizontal grip. The hardware level ensures stable signal reception and transmission. With the anti-interference algorithm, the game delay is greatly reduced by 30%.