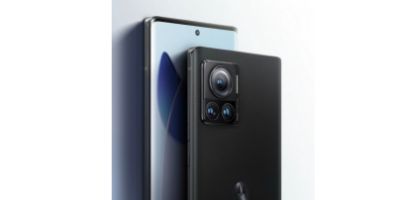 On July 28, Motorola has announced that it will hold a new product launch on August 2, when it will release two flagship phones, namely the regular bar flagship moto X30 Pro and the folding screen flagship moto razr 2022. The two new phones will be pre-installed with the new upgraded myui 4.0 system.

Digital blogger @ Digital Chat Station revealed today that the moto X30 Pro will be designed with a single hole in the middle, a flexible curved screen and a rear matrix three-camera module, in which the main camera is a 200Mp 1/1.22 "super-large bottom sensor, and it also supports OIS anti-shake. He also released a picture in which we can see the classic logo of MOTO and the familiar rear lens arrangement.