Samsung announces Galaxy A33, A53 and A73, will support upgrade to Android 16 in the future Some users say Apple's iPad Air 5 product quality has deteriorated: the case is thinner and creaky 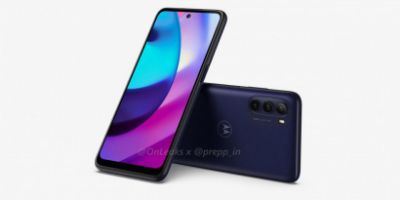 On March 20th, the whistleblower OnLeaks cooperated with Prepp.in to expose the renderings of Motorola's new machine codenamed "Austin", the official name of which is Moto G 5G (2022).

The source also said that the Motorola Moto G 5G (2022), which is codenamed XT2213, will have a screen that measures 6.6 inches diagonally. The smartphone uses the Snapdragon 750G SoC and runs the Android 11 system. It is worth mentioning that Google has released a developer preview of the Android 13 system.

The Moto G 5G (2022) has volume buttons on the right bezel and a power button that doubles as a fingerprint reader. At the bottom is a USB-C port, flanked by speakers, a microphone, and a 3.5mm headphone jack.

The machine has a rear 50-megapixel main camera, supplemented by 8-megapixel and 2-megapixel cameras, the former may be an ultra-wide-angle camera, and the latter is a macro/depth unit.

The Motorola Moto G 5G (2022) is expected to be available in Volcanic Grey and Frosted Silver colours, launching in June starting at INR 22,990.