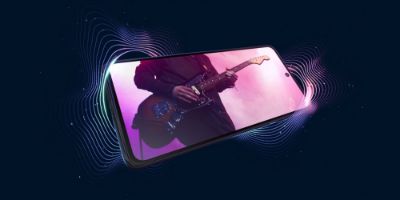 Motorola has unveiled its latest mid-range phone, the Moto G82, with a 50-megapixel OIS main camera, an OLED screen, and a large battery as its main selling point.

The Moto G82 features a 6.6-inch OLED screen with FHD+ resolution and a 120Hz refresh rate, offering 100% DCI-P3 color gamut coverage. The Moto G82 uses a side fingerprint recognition button that doubles as a power button.

The Moto G82 is powered by a Snapdragon 695 processor, and the version for the Western European market is complemented by 6GB of RAM and 128GB of storage (supports SD card expansion). The back of the phone has a 50-megapixel main camera that supports OIS optical image stabilization, an 8-megapixel ultra-wide-angle lens next to it, and a 2-megapixel macro camera. The selfie camera housed in the screen punch has a 16-megapixel sensor.

The Moto G82 has a 5,000mAh battery that supports 30W fast charging, and to its credit, the Moto G82 comes with a charger in the box. In other respects, the Moto G82 supports dual cards, a 3.5mm headphone jack, and is powered by Android 12.

The Moto G82 is available in gray and white for a price of 329.99 euros in Europe, and the phone will also be available in select markets in Latin America, Asia, India and the Middle East.