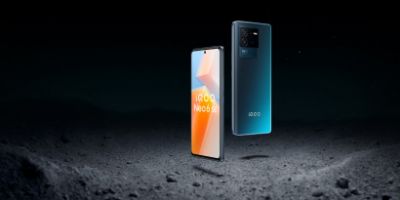 According to news on May 6, iQOO Neo6 SE was officially released tonight, equipped with a generation of God U Snapdragon 870, priced from ?1999 RMB ($299).

iQOO Neo6 SE uses transparent film cloud steps, and the battery back cover has a matte texture. It has three colors of interstellar, neon and blazing orange. It is 8.54mm thick and weighs 190g. It adopts the new 300nm electron gun coating technology and is equipped with mirror silver screen printing. Craftsmanship, Neo printed with the word pixel.

The iQOO Neo6 SE is equipped with a first-generation Qualcomm Snapdragon 870, a large core with a 3.2GHz ultra-high frequency, and an overclocked version of UFS 3.1 and UFS Deep Defrag 2.0. Taking 120 frames of "Honor of Kings" as an example, the average frame rate of 1 hour in HD quality is as high as 118.6 frames. The machine also adjusts the temperature rise strategy for popular games, and achieves deep optimization of high frame and stable frame.

In terms of heat dissipation, iQOO Neo6 SE has upgraded the stacked waterfall liquid cooling system. The five layers of ultra-thin graphite are closely fitted with the uneven structure of the mobile phone and are in full contact. The heat dissipation area has also reached 36907 square millimeters.

In terms of battery life, the iQOO Neo6 SE uses a dual-cell 80W flash charge, two batteries are charged at the same time, and it can be charged to 100% in as fast as 30 minutes. The machine is equipped with a newly developed 4700mAh large battery with a built-in smart charging solution to further reduce power consumption.

iQOO Neo6 SE will start pre-sale online and offline tonight, and it will be officially launched on May 11. The price is: